I’ve been switching to different techniques for the past few years. It always gives me a pleasure to do creative experiments. Below, I have provided a step by step guide that includes a few techniques and ways to hang towels in the bathroom.

Step 1: Start with the most basic method of hanging towel

Before going into any complicated methods of hanging towels, let’s start with the most basic one. At first, lay the towel on a flat surface. A countertop in your bathroom or a table in your bedroom will be fine. You will need a large surface so that you can spread the whole towel.

Before laying the towel on the flat surface, clean it with a rag so that there is no dust or germs. You will need to be careful because you will be using the towel after a shower. You wouldn’t want any dirt to get in touch with your body after a nice shower.

Step 2: Fold the towel and hang it in the towel ring

Step 3: Hang another hand towel along with the bath towel

Step 4: Make a lip fold on your bath towel

Now, let’s be a little more creative than before. There is no fun in going with the basic techniques. What if you can make a towel pocket and decorate it with a washcloth? Let’s see how you can do it. For making a pocket in the towel, you will need to lay the towel on a flat surface. Like before, fold the long edges and bring the edges in the middle so that the middle parts touch each other.

Step 5: Create a small pocket out of the lip fold

Now, place the towel upside down. Place the folded lip part faced down on the flat surface. Now, you will need only one side of the towel. Fold it and bring the edge in the middle. Fold the other edge of the towel as well so that you can tuck it into the lip that you have created earlier. When you flip the towel, you will see that you have made a pocket.

You can use this pocket to put lotion, shampoo or any other smaller hand towel. You can also keep your phone in this pocket while you listen to songs and have a nice shower. You can use the pocket in different ways. However, keep an extra towel along with it so that you don’t have to fold it every time you get a shower.

Step 6: Decorate the pocket with a washcloth

These are the ways through which you can hang dry towels on towel bars in the bathroom. The most important thing about hanging a towel is that people should be able to reach it when needed. For example, you wouldn’t want to hang towel rings so high that people cannot reach it. Or, the distance from the faucet and the towel ring is too far. You can always display the towels differently based on your preference. 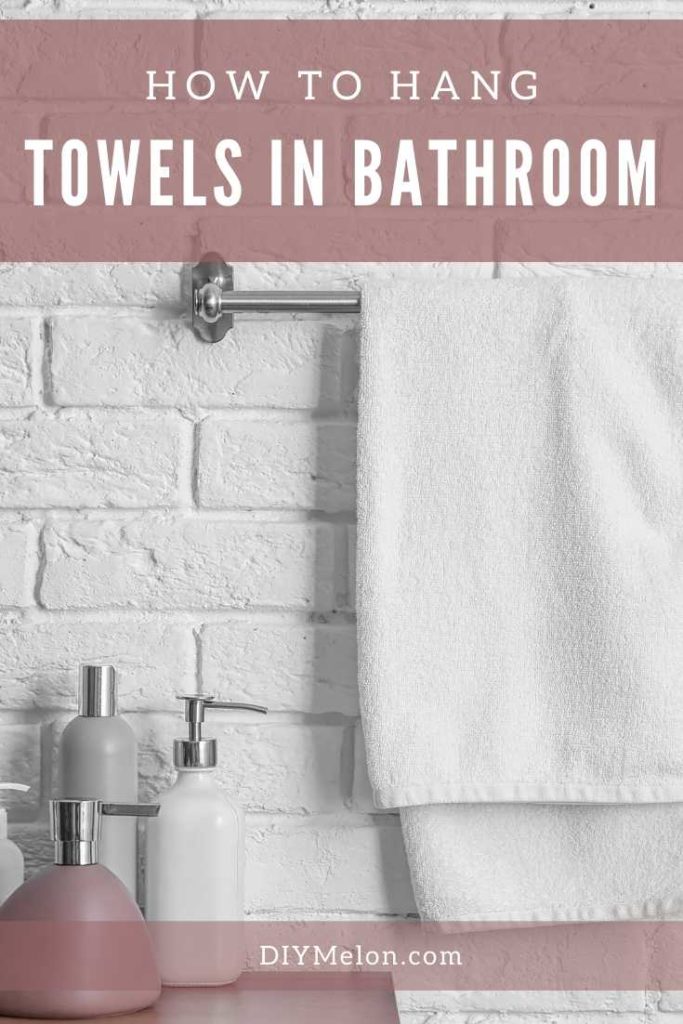