Many people find the art of cooking therapeutic but something almost everyone dislikes is finding out an ingredient is missing when they are in the middle of cooking. And at times like this, alternative ingredients come in the form of a holy savior!

Can almond, coconut, or other flours be used as a thickener?

Almond, coconut, and other nut flours can be used as a thickener to thicken any sauce or gravy. They do not clump up like regular flour when added to any liquid which makes them so convenient. However, adding too much of it can add unwanted nutty flour to the sauce or gravy.

Cornstarch and all-purpose flour are usually used to thicken any sauce or gravy. But sometimes people try to avoid using them because some people are allergic to these ingredients.

Flour also has a tendency to clump up when added to any sauce, whereas cornstarch thickens the sauce in a matter of minutes which can be hard to maneuver for new cooks because the sauce will quickly transform into a gel-like consistency if left unattended.

This has made many chefs opt for almond, coconut, or other flours to use as a thickener instead. As it blends well when added to the gravy and is gluten-free as well.

However, it is necessary to be mindful of how much of this nut-based flour you are using because unlike cornstarch and all-flour flour, these carry their own unique taste and smell and when you add too much of it, this smell and taste will also transfer to your sauce or gravy.

And most often the flavors don’t mesh well. So, add it gradually in small quantities and taste it as you go.

Can all flour be used as a thickener?

There is a large variety of flours that can be used as a thickening agent. Some work exceptionally well, while others can completely ruin a gravy or stew in a matter of minutes. So, it is best to choose the flour and also the amount you are going to use wisely.

This will make a world of difference. And thanks to all the flour options, if one doesn’t work you can easily switch to another.

Coconut flour works very well as a thickener since it is a thick flour with high fiber content and high absorption capacity which makes it thicken soups or stews very effectively. However, it will work best when the soup or stew contains a large quantity of liquid. 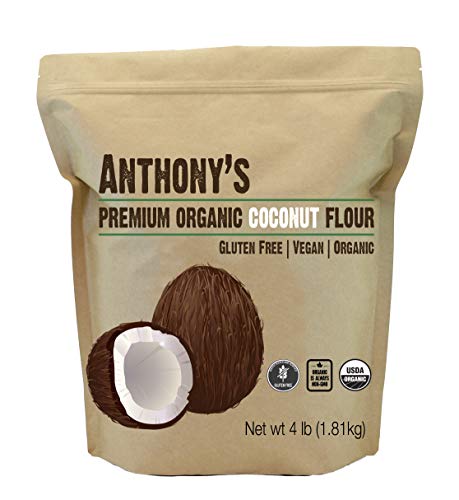 Gluten-free flours are known to work well as a thickener with sauces that are cream-based. And sometimes can even thicken certain gravies. It begins to slowly thicken the sauce when added. The best thing is that you can refrigerate the gluten-free roux for up to two weeks without any problems.

Corn flour can be used as a thickener as well. This is a great option for people with coeliac or who have an intolerance to regular flour because it is made using corn. However, this will give the soup or stew a more gelatinous texture than flour which can turn gloopy if left to simmer for too long. 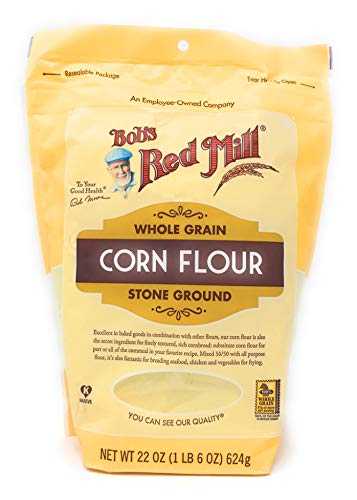 Cassava flour is made from the cassava root and has gained mass popularity among chefs because of its ability to thicken soups and stews while simultaneously giving it the smoothest and silkiest texture. Not to mention it is completely free of gluten and grain flour. 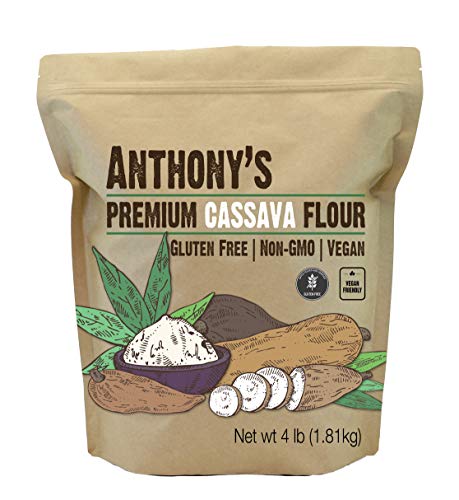 Many people also use rice flour to thicken soups or stews as a replacement for cornstarch. It can be mixed with hot or cold water to create a slurry to add to the soup. It is colorless when added to water which makes it a great option for thickening clear liquids.

Chickpea flour is mainly used in soups to thicken it, instead of regular flour or any starch. You can directly stir it into the soup while it is cooking. It will absorb the liquid without causing it to clump while also adding a mellow, buttery taste to the soup. 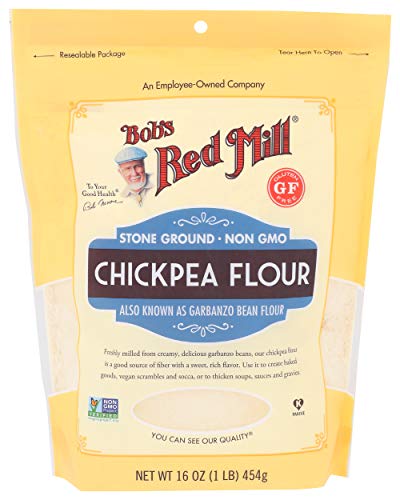 Tapioca flour is a very fine, pure white flour that can be used in baking and also as a thickener. It is gluten-free and can be used to thicken not only sauces but also puddings and doughs. All you need to do is mix with equal parts of water and then add it to the sauce at the end of the cooking.

Potato starch works like corn flour as a thickener. It is gluten-free, non-GMO, and also organic which makes it suitable for a lot of people. It can thicken the sauce, soup, and also pie filling. However, avoid adding it when the soup is hot because the heat stops it from absorbing liquid correctly. 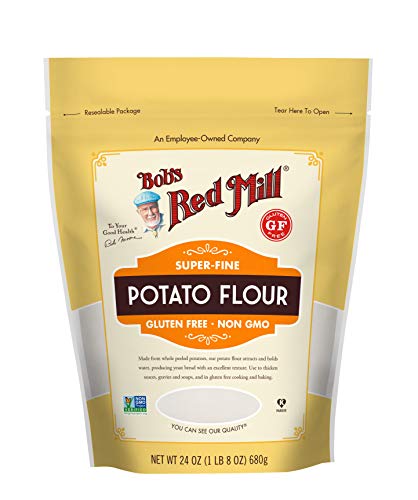 Oat flour can be made using oats and is a healthier option than regular flour which makes it such a well-loved thickener. Some people prefer it over flour because it thickens soups and sauces while making it creamier and silkier because of the presence of beta-glucan fiber in it.

How to use almond flour as a thickener?

Almond flour acts differently than cornstarch or any other starch thickeners, which have a tendency to clump up when added to the soup or stew directly. So, here is how you can use almond flour to thicken your soup or stew.

When you notice that your soup or stew is halfway done, you can simply sprinkle the right amount of almond flour on top and stir it in well using a fork or wire whisk until it gets fully incorporated with the liquid.

Take it off the stove:

After it reaches the thickness you want, you can take it off the stove.

Does almond flour thicken the sauce?

Almond flour can effectively and effortlessly thicken any sauce. It is also a gluten-free option. You won’t even have to mix it with water before adding it, just add it directly onto the soup or stew will work, making it a perfect choice for beginners.

However, it is important not to add too much almond flour in the soup or stew because it can cause the soup or stew to become too heavy and might also leave a nutty taste which could clash with the existing flavors.

Can you use almond flour instead of cornstarch?

You can use almond flour instead of cornstarch if you have run out of it or can’t use it due to many health conditions such as allergies. Almond flour only consists of almonds that have been blanched and then ground into a powder form after extracting the oil from it.

Almond flour can be used to thicken soups, sauces, or gravies like cornstarch and also in sweet baked dishes such as cakes, muffins, and pies. You should use the same amount of almond flour as you would cornstarch for it to work similarly.

Does almond flour get thick?

Almond flour is naturally thicker than normal wheat flour and also is prone to make any food thicker when added to it. The thickness can also be linked with how fine or coarse the almond flour is. Courser almond flour will thicken more.

So, you should be aware of this if you want to use almond flour in a recipe instead of wheat flour, it will undoubtedly end up being much thicker in consistency and also texture, be it soup or gravy.

For a sauce, it will not have the same thick and creamy consistency which you can achieve by using regular flour or unflavoured whey protein isolate because of the lack of proteins.

So, you can use almond flour to make a roux but it will not have the taste, texture, and consistency of regular roux.

Almond, coconut, and many other flours can be used as a thickener for liquid-based dishes such as soups, gravies, stews. The consistency and taste may vary slightly because they are derived from different ingredients but it will thicken your soup nonetheless.